Things To Do In Halifax, NS 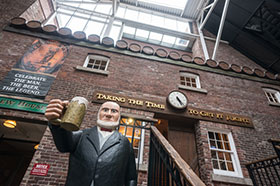 Originally established in 1820, Nova Scotia's oldest brewery is new again. Join us for a walk through brewing history that you'll never forget. From the moment the Warden greets you, until the inn keepers of the Stag's Head tavern say farewell, you'll be entertained and educated by the costumed guides. We're in the Brewery Market at 1496 Lower Water Street in Historic Halifax.

The Nova Scotia Sport Hall of Fame honours excellence in athletes, teams, and builders, who have made outstanding contributions to Nova Scotia's sport heritage and culture. This colourful history is reflected through the display of trophies and awards, uniforms, photographs, sporting equipment and other memorabilia spanning over one hundred years.

Open since the fall of 1990, Discovery Centre has entertained and enlightened more than 300,000 visitors, both on site and throughout the Atlantic region with our travelling exhibits program. More than 80 hands-on exhibits illuminate the entertaining and educational principles of bridges, electricity, chemistry, bubbles, light and sound, health, physics, optical illusions and more.

Maritime Museum of the Atlantic 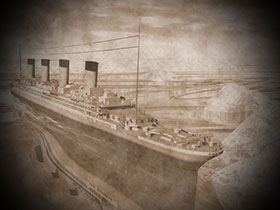 Nautical and marine history of Atlantic Canada including the Halifax Explosion, an early shipchandlery, Days of Sail gallery, small craft gallery and a lighthouse light. CSS Acadia, a 1913 hydrographic research vessel that charted the coasts of Labrador and the Arctic, is moored outside (open May through October) as is HMCS Sackville, the sole survivor of WWII corvette convoys escorts from Halifax to England during World War II. The museum also has a permanent exhibit about the Titanic disaster with 20 artifacts (the only surviving deck chair) and dozens of photographs. The Museum open year round. Museum hours: May 1 – October 31 - Mon. to Sat. 9:30am to 5:30pm, Tues. to 8pm. June 1 to October 31 - Sun. 9am to 5:30pm. November 1 to April 30 - closed Mondays, otherwise open 9:30am to 5pm, Tues. to 8pm, Sun. 1pm to 5:30pm. 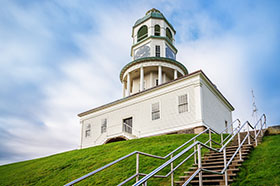 Constructed between 1828 and 1856, this citadel is an impressive star-shaped masonry structure complete with its defensive ditch, ramparts, musketry gallery, powder magazine, garrison cells, guard room, barracks and school room. On the guided tour, visitors may see the 78th Highland Regiment in action, hear the beauty of the bagpipes and ask a soldier's wife what life was like back then.

From the twenties to the seventies, Pier 21 was Canada's 'front door' to over a million immigrants, wartime evacuees, refugees, troops, war brides and their children. This enriched our social and cultural landscape and uplifted the very soul of a nation forever. Pier 21, a National Historic Site, has been transformed into a testament to Canada's profoundly emotional immigration experience. The sheer impact of the interactive displays, virtual projections and abundance of fascinating images is simply overwhelming.
FaLang translation system by Faboba

Give the gift of luxury with
our Château Bedford
Gift Certificates

Going to Moncton or Saint John

Stay with us at the
Château Moncton or
Château Saint John.